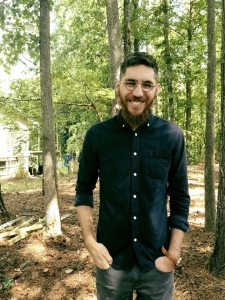 Derek is a candidate for Holy Orders in the Episcopal Diocese of Atlanta, a Franciscan tertiary in the Third Order, Society of St. Francis, and a seminarian at the Seminary of the Southwest in Austin, TX. Most recently Derek worked as a chaplain and religious studies teacher at St. George’s Episcopal School in Milner, GA.  As part of his seminary field education, Derek currently serves at Santa Fe Episcopal Church/ La Iglesia Episcopal de Santa Fe in south San Antonio, whose mission is “To accept and attract others to the infinite love of God while rejoicing in our Latin American music and traditions.”

Derek earned his Bachelor of Arts in Religious Studies at Southeastern University where he paid particular attention to studies in spirituality and interfaith relations, a topic about which he wrote his undergrad thesis. He also earned a Master of Arts in Theology at Saint Leo University and is currently working on a Master of Divinity from the Seminary of the Southwest.

Derek currently lives in Austin, TX with his wife, LauraAnn, their toddler son, Bear, and their two kittens, Woo and Whiskey Jack.